WikiLeaks and the Published CIA Documents 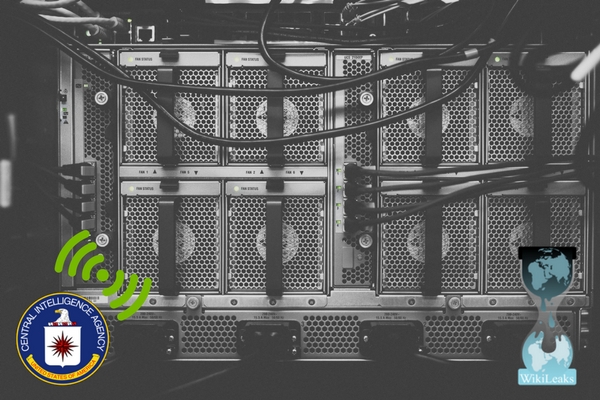 WikiLeaks has published an explosive trove of 8,761 files and data claiming that they were leaked from the CIA’s Cyber Intelligence unit. The leaks outline information on how the CIA has remote hacking programs that can turn smart devices into recording and relaying platforms through their microphones and even screens. The CIA is said to be in possession of advanced malware that targets iPhones, WhatsApp, Smart TV and Android phones.

The documents also claim that CIA can hack nearly all types of devices and can remotely control self-driving cars which can be used to commit untraceable assassinations. When the smartphones are hacked, the malware is designed to bypass encryption of Telegram, WhatsApp signal, Weibo, Cloakman, and Confide. These are shocking revelations that will once again push to the front the conversations about human rights especially rights to privacy as well as the legal grounds for assassinations.

The data dump consisting of 8761 documents and files has been dubbed Vault 7 and could be the most damaging leaks from the US government and its agencies since the email leaks by Chelsea Manning in 2013. While Private Manning focused on diplomatic leaks the mysteriously named Vault, 7 are the most wide-scale release of U.S. spy files ever made public. According to WikiLeaks insiders, the leaks are from an isolated, highly secured network situated inside the CIA’s Center in Langley, Virgina.

WikiLeaks, founded on October 4th, 2006 in Iceland by Julian Assange, has leaked a huge trove of documents from across the world. Since its data dump started 11 years ago, WikiLeaks has never redacted any of its documents due to falsification or fabrication. Their splitting accuracy offers a great credibility to the latest data dump. It also gives as chilling realization to the extent the CIA goes to obtain information.

According to a document, in 2014, the agency’s Embedded Devices Branch, came up with a plan to develop malware that could hack and infect vehicle systems. While the purpose of this control is not specified, the hacking would permit the CIA officers to engage in nearly undetectable or untraceable assassinations.’ WikiLeaks said. The leaks did not reveal how the CIA uses this malware and how many assassinations have been conducted using it. A CIA spokesperson would not comment.

One high-profile death that remains mysterious and unsolved is that of Michael Hastings an investigative journalist killed in a car crash in 2013. The release of Vault 7 has reignited conspiracy theories about the CIA’s involvement in his death. The war correspondent and investigative journalist died when his Merc E250 coupe crashed into a palm tree and exploded into a ball of fire. Hastings had sent an email to colleagues just 12 hours earlier, telling them that the Feds are interviewing my ‘close friends and associates’ and that he was onto a “big story” and was under investigation.

For over a month before the leaks, WikiLeaks had been dropping hints about the possible release. They had earlier said in a worded statement that the agency had ‘recently’ lost control of a massive cache of hacking tools. In their statement, WikiLeaks said ‘the archive seems to have circulated among former CIA hackers and contractors without the proper authorization and that the information has ‘provided WikiLeaks with sections of the archive.’

I
Introduces the extent of the agency’s global covert hacking network which includes software that can control consumer electronic products like phones and TVs. The company whose products seems most affected are Samsung. Samsung who are just recovering from their disastrous launch of Samsung Note 7 might take a further blow to their sales globally, especially in nations that are keen on protecting civilian privacy.

The particular malware that targets consumer electronics seems to have been developed in conjunction with the surveillance units of the British Intelligence MI5. The MI5 IS THE domestic counter-intelligence and security agency within Britain while the MI6 handles external threats. The alleged program dubbed the ‘Weeping Angel’ was developed in coordination with the British domestic spy agency MI5 who were the brainchild behind it. The Weeping Angel is said to put your smart electronics into a ‘Fake-Off mode’ such that the device looks like it’s switched off yet it’s working.

The device, whether your phone or TV is turned into a bug that records conversations then sends them over the net to secure and covert CIA servers. This data dump does not fully reveal the extent of the CIA’s subversion of software products and smart devices. The TV or smartphone turned bug can then be instructed to send the user’s geolocation, text and audio conversations. It can also covertly activate the device’s camera and microphone.

According to WikiLeaks, the Agency’s Embedded Devices Branch has a similar bugging unit that targets the Google’s Android unit who run most of the world’s smartphones. The branch’s penetration testing unit is said to have discovered several design flaws in the company’s software and hardware platforms. However, instead of alerting Samsung, Apple, and Google, the branch decided to use these flaws to infiltrate the system. According to WikiLeaks, the agency had a dozen undisclosed weaknesses for Android devices alone.

So far no one can tell whether these firms knew about the design flaws. Could it be that they deliberately let the CIA penetrate their systems using the discovered design flaws? This particularly comes in handy given that Facebook claims their communication app WhatsApp has an end-to-end encryption. This also reignites the conversation regarding the San Bernardino shooter, whose case brought the fore the war between government and Apple over back-end access to the sniper’s phone.

A ‘substantial library’ of cyber espionage tools stolen from Russia and other states are included in the data. WikiLeaks said. According to WikiLeaks, each tool the agency has created ‘forms a “fingerprint” that can be used by their hackers to attribute multiple different digital espionage attacks to the same entity.’ Most of the attack techniques used are smuggled from malware used by hackers in other states such as China and Russian.

This not only expands the range and type of attacks that WikiLeaks can launch but it also allows them to misattribute the source of the attack by leaving behind the “fingerprints” of the groups that the attack techniques were stolen from.’ WikiLeaks deliberately redacted the identities of CIA case officers involved and avoided publishing incriminating details of the cyber weapons. According to their staffers, they will refrain ‘until an agreement emerges on the political and technical nature of the Agency’s program and how these ‘ cyber-weapons’ should be analyzed, disarmed and published.’

According to the Wikileaks data dump, besides Langley, Virginia, the CIA relies on the U.S. embassy in Frankfurt as the hacker’s headquarters for the Middle East, Europe, and Africa. This data dump surpasses the total number of leaked pages over the past 36 months by the former NSA staffer Edward Snowden. Experts said the leaked material most certainly legitimate – and that the leaks were almost guaranteed to rattle the agency. According to the experts, the vast trove of files’ extensive makes references to operational security in the government agencies lends credibility to the idea that they are government-backed.

‘I can’t fathom anyone can fabricate such volume of operational security concern.’ Said Jake Williams, a security expert from Augusta, Georgia. WikiLeaks has so far called this release the ‘the first complete part of the series,’ meaning there will be more to come in the next few months. Wikileaks has come under fire for releasing unredacted documents on the internet which might have prompted them to redact the names of the CIA officers involved and the cyber weapons used. WikiLeaks shared the information in advance with La Repubblica in Italy and Der Spiegel in Germany.

Reactions around the World

A CIA attack unit dubbed Fine dining is said to have 24 decoys apps in which your phone system is automatically infected and ransacked. The reaction to the WikiLeaks data dump was swift especially from the CIA as well as tech firms around the world. Czech-based anti-virus software Avast’s vice president Sinan Eren requested tech giants Apple and Google to give them access to their platforms so that they could fix known bugs. Avast, with more than 400 million users was one of CIA’s targets.

Apple released a statement affirming that nearly 80 percent of iPhone users run its current iOS software with the latest security patches. Google Inc. did not immediately respond while Microsoft spokeswoman said: “We’re aware of the report and are looking into it.” Widely used routers in Silicon Valley were also targeted including Taiwan-built Zyxel and the Chinese vendors Huawei and ZTE. So far none of the involved tech firms have given any tentative or conclusive report on how they will handle the revelations.

White House spokesman Sean Spicer said “Anybody who leaks classified information will be held to the highest degree of law,” he said, while a CIA spokesman, Dean Boyd, said, “We do not comment on the authenticity or content of purported intelligence documents.”