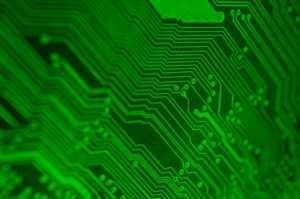 Silicon Valley-based firm Menlo Ventures, along with the venture capital arm of Citibank, is investing in the vArmour group – the latest move in a wave of significant funds being driven into  cyber security.

vArmour, which exists to protect traffic flowing through data centres from being hit by cyber criminals, has raised $35 million, including a recent investment from Columbus Nova Technology Partners, along with City Ventures.

The news comes at a time when companies are putting their money into up-and-coming cyber security firms, counting on specialists and increasing expenditure on security-related products. The money invested in new cyber security firms in 2014 has exceeded last year’s figure of $1.1 billion, according to financial data provider PrivCo.

The chief executive from vArmour, Tim Eades, said that City Ventures’ cash injection highlighted the fact that banks, along with other large organisations, are showing an interest in new security firms.

“It is more than just banks. What you’re finding is the heads of information security at large organisations are now reaching into younger companies more than ever before.”

He added that he didn’t wish to be reliant on outdated products to resolve modern issues.

The significant investment is a sign of recognition that cyber crime remains a serious threat to businesses. However, companies also need to take whatever action they can in order to protect their own systems and data. By opening up cyber security jobs for trained professionals, they will be in a stronger position to do just that.