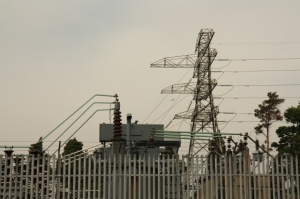 Graham Wright, who holds senior positions in both digital risk and information security for the National Grid, spoke recently at a London conference to discuss critical infrastructure, targeted attacks, and the fine line that exists between  digital and physical security.

Wright, who delivered his keynote speech at Westminster’s Cyber Security Summit, discussed his role and how its main aim is to assist the company.

He said he believes that the sole purpose of security will always be to make businesses more able, and that it his job to make a point when the company is failing to place an adequate focus on security.

He said the organisation is increasingly recognising the convergence of digital and physical security, and that its networks are highly influential when it comes to most of its physical security.

“We’re worried about terrorism, domestic and international, IP theft – (although National Grid doesn’t have a huge amount) – and fraud, but it’s not a bank.”

The infosec expert added that this means the National Grid has had to re-evaluate its focus when it comes to security, and suggested that the company’s websites have in the past been subject to denial-of-service related to fracking, in spite of the fact that the group has no direct involvement in those kinds of projects.

In an ideal world, all businesses would have a professional like Wright in place to ensure that modern security practices are sufficiently implemented. It would be a start if businesses in the UK realised just how important it is to have someone on board employed in this area, opening and filling information security vacancies now rather than later.