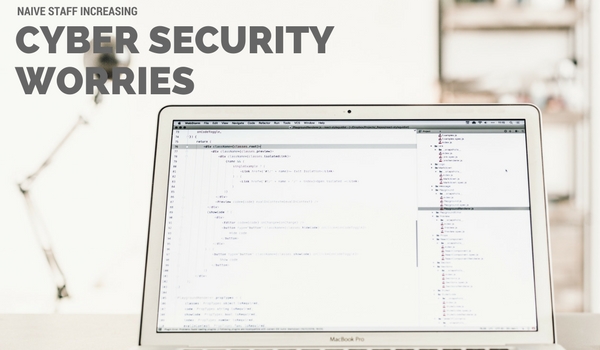 In spite of the view that hackers remain the biggest cyber threat to organisations, insiders, including naïve or careless staff, are now considered to pose just as great a threat, says a new study from firewall provider Preempt, conducted by Dimensional Research.

The ‘Growing Security Threat from Insiders’ report revealed that 49 percent of cyber security professionals who took part in the survey expressed more concern over threats from inside the workplace than externally. Most respondents (87 percent) were most worried about naïve employees or individuals who break the rules in order to complete tasks. Just 13 percent were more worried by malicious insiders intending to harm the organisation.

The number one ranking concern was malware unwittingly installed by staff, with 73 percent of respondents admitting they were concerned about it. Other prominent concerns included stolen credentials (66 percent), stolen data (65 percent), and admin privileges abuse (63 percent).

“Internal threats are emerging as equally as important as external threats, according to respondents. This means that an employee cutting corners to get their job done more efficiently is viewed as potentially just as dangerous as a malicious external hacker. Yet these views aren’t reflected in the allocation of security budgets, which is traditionally focused on perimeter security.”

Organisations that lack cyber security savviness are in need of someone who can educate them on what to do and not to do. That’s just one of the reasons why creating cyber security jobs is so important to business protection. Cyber professionals are able to ensure that staff are aware not to take too many risks.