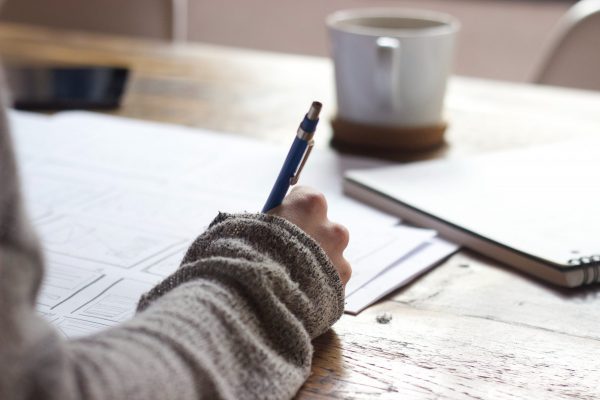 A tale of self-isolation from one of our consultants

While we’re all counting our toilet rolls by the sheet, I wanted to let everyone know that I’ve been in self-isolation with Coronavirus since Saturday evening.

I thought it might be useful for some people to hear what it’s been like for a moderately healthy thirty something who was particularly worried about the whole thing. Of course the symptoms do vary, but mine seem to match what the Chief Medical Officer referred to as the “great majority”.

When I woke up on Saturday the 14th I felt absolutely terrible. I thought it was probably the 6 bottles of Magners from the night before, so I got on with it. I took my daughter to ballet and managed to finally put a shoe rack together. Then at 4pm, I felt so tired I laid on the floor and fell asleep. When I woke up about an hour later, I knew something was up, I just felt absolutely spent. But no worse than the flu or maybe even a heavy cold.

However because I was so worried about Coronavirus, I didn’t accept it. I went to bed early and when I woke up on Sunday morning in a pool of own….sweat, I knew something was up.

I used my baby’s thermometer to take my temp, 37.9. I floated around that number for about 2 days. The government guidelines state that anything over 37.8 is regarded as a fever, which I first thought was a load of rubbish because it’s not really that warm (I’ve seen my girl get to 39.7 before). However, with the other less common symptoms, I knew I had to follow the government advice and self-isolate.

I didn’t feel too bad, but listening to the news, watching the economy implode, fearing for loved ones and now hoping my symptoms wouldn’t get too bad. I laid in bed all day in self isolation as my partner Lucy had decided to immediately quarantine me not only from the outer world, but from her and my daughter too.

When the door first shut, the four walls closed in. I had no idea how I was ever going to get through 7 days (it’s now 14 for anyone living with people). I felt OK, but the thought of being stuck indoors coupled with the fear we’ve all experienced in recent weeks was overwhelming.

The first couple of days, I felt rough but not like the cases I’d read about. My temperature continued and I felt really tired. It was difficult to concentrate (but that’s not really a new symptom for me), but nothing really worse than a heavy cold.

The most frustrating thing has been the cabin fever. How Andy in Shawshank Redemption was able to read all those books is beyond me. I felt like I was bouncing off the walls. Doing any kind of exercise (Joe Wicks on Youtube, Weights, push-ups etc) definitely helps, but there is no getting away from the fact that your mind wants to escape. I definitely advise Vitamin D.

On Tuesday the 17th, I began to develop a cough and by the evening it was out of control, but again we’ve all had a cough haven’t we. It was like that, a cough. It hasn’t stopped but it’s definitely worse at night. I woke up this morning with a pain in my chest but I’m confident that its soreness in the muscles rather than anything worse as I’m able to breathe deeply for well over 10 seconds.

The cough is grim, there is no denying it. But if someone had told me this is what it would be like for the vast majority of us, I would take it. There are going to be loads of cases where people have worse symptoms than I’ve had, but I do think it’s worth saying that my symptoms while being unenjoyable, wouldn’t have stopped me going to work in usual circumstances.

If anyone is going to be put in self-isolation, here is a list of things I would recommend:

Food tips: 2 weeks is a long time and if you’re like me, then it’s very easy to eat it all at once.

All in all, it’s not been too bad. The cabin fever is the worst bit, you just need to make sure you structure your day, eat well and look after yourself. If you do have deteriorating symptoms then take action, but if its not too bad, then play the waiting game and you will get through it eventually.

Just to reiterate, I feel compelled to share my experience as a vast number of people will be really concerned about this, just as I have been.

While of course there are many people out there who do have worse reactions, I felt it would be useful for some people to read about the effects on a relatively healthy, thirty-something smoker who sits somewhere between the kebab munching beer monsters and the matcha smoothie health warriors.

I hope other people who are currently experiencing this virus can come out and share their experiences with a view to allay the understandable concerns we all have as there isn’t much in the media about “Joe Bloggs who got better in a few days”.

All the best and I can’t wait for the street parties when we get through this.