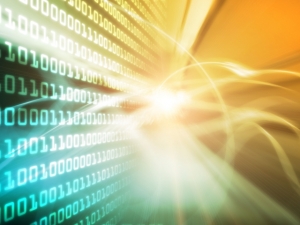 TV and movie actor Christian Slater is appearing in a 12-month digital TV series with IT giant HP.

In the debut six-minute episode, the actor portrays a disturbing hacker who loiters around offices, emailing malicious messages to employees. Slater howls in one scene, emphasising the show’s title. The premier episode sends a message that cyber security is not the just the network’s responsibility, but an issue for everyone.

Slater said when discussing his involvement with the show that hacking has become a growing concern for both consumers and businesses. He said that he jumped at the chance to help inform the public on better defending themselves against cyber threats.

The show is HP’s first foray into digital TV, with four installments lined up for the 12-month campaign. Each episode, directed by Emmy and BAFTA nominee Lance Acord, will last approximately two minutes, with new chapters airing throughout the year.

“As the universe of connected devices grows exponentially, so does the sophistication and magnitude of cyber attacks. Securing devices, data and identities is an imperative in driving continued confidence in technology and with whom and with what we choose to connect.”

Lucio went on to say that HP is making strides in ensuring the continued presence of computing. He added that the new show is an example of the creativity being used to make businesses more aware of the growing challenge they are facing.