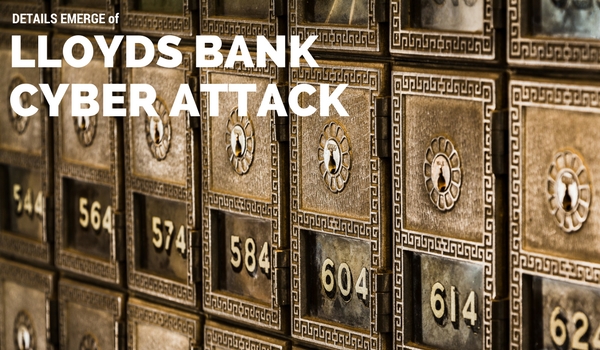 Lloyds Bank recently fell foul to cyber crime, which prevented a significant number of users from being able to access to their internet accounts.

The break in service from Lloyds Group, which includes Bank of Scotland and Halifax, occurred after millions of website requests were made, and the fact that the issue lasted for three days will be especially concerning for banks.

In spite of a flurry of complaints on Twitter, Lloyds kept information minimal. However, it has since come to light that the bank is working with the National Cyber Security Centre.

The issue began on January 11, continuing intermittently for more than a week. Some customers were still experiencing problems logging into their accounts during the January 21-22 weekend.

Unlike the cyber attack on Tesco Bank last November, which saw £2.5m taken, there has been nothing to suggest that the hackers were able to take cash from Lloyds accounts.

The National Cyber Security Centre, however, which belongs to GCHQ and is the UK’s central hub for cyber security, is thought to be assisting Lloyds with its security as a result of the attack. This will likely involve help from an information security analyst to ascertain where the breach occurred. GCHQ will also likely advise the bank to create more cyber security jobs for additional protection.

“We had a normal service in place for the vast majority of this period, and only a small number of customers experienced problems.”

The bank added that at this stage, it would not speculate on why the problems occurred.